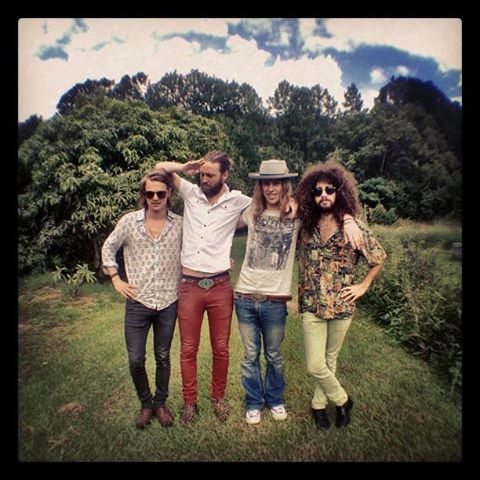 Triple headed space blues rock monsters DEWOLFF release a new double single in Australia through GoSet Music. ‘Crumbling Heart’ from their self-titled opus DEWOLFF IV and ‘Gold and Seaweed’ – a must listen for any fan of psychedelic rock.
DEWOLFF blew audiences away with their organ-fuelled brand of rock on their March 2013 tour of Australia, including WOLFMOTHER’s bassist Ian Peres, who invited them to jam at Dave Atkins’ Hydrofunk Studios on the Gold Coasst.
The fruits of their jam is available as a free download, CLICK HERE.